I had the chance to see Mudvayne last year at Rockville for the first time and they put on a great set. So, when I heard they were going on tour with Powerman 5000 and Rob Zombie I was excited. However, when they didn’t have any Denver dates listed for this tour I was bummed. I think it was a few weeks later that Mudvayne announced they would be coming to Denver with Powerman 5000 but not Rob Zombie. I didn’t care I was excited to see Mudvayne again and thought if they aren’t coming with Zombie maybe they will even play a longer set list since they were headlining this show.

The day of the show the plan was Jess and I were going to meet Lexi and her boyfriend there. They were going to get there earlier then us, run some errands and have lunch with his cousins then go get in line. I figured we would get there just shortly after them, however we ended up beating them there. When Jess and I walked up there was a couple there and a guy with his daughter. The guy and daughter were the same people we had met and hung out with in line at Slipknot. We all immediately recognized each other and started talking. They were actually first in line and had chairs in their spots and were standing in the shadow of the building next to The Mission Ballroom where the show was at. A few more people walked up and saw we were standing in the shade so they joined us and we just figured everyone would do the honor thing and line up after the people that they showed up after. Maybe an hour later the guy with his daughter decided to take their chairs back to their car. Right about that time more people started showing up and lingering around the door where the line was going to be. Some of us standing in the shade decided to just go line up so that there wouldn’t be any issues with everyone that was showing up. It was unfortunate that we now had to stand in the direct sun where it was at least 90+ degrees. We weren’t in line to long before Eric, a friend of ours, came up and stood next to us. Since he was standing with us, I asked him to hold our spot so that I could go back to the shade and smoke a joint. While I was smoking that guy with the daughter walked up and said some of the staff from Mission told everyone in line that if they needed to go to the bathroom to walk around the build that was giving us shade and find the lady and she would direct people to the bathroom. He then proceeds to go himself and came back a few minutes later and said it was nice and cool in that building. So, once I was done smoking Jess and I decided to go to the bathroom too. We walked around the building but there was no lady there but the door to the building was open. So, we walked in and looked for the bathroom. This guy walked up and asked if he could help us and ended up pointing us in the right direction. After I was done and waiting for Jess to come out, this lady walks up to me and tells me I have to leave. I told her I was just using the restroom and waiting for someone else to come out. She told me I shouldn’t be in there as it was a secure building and she made me leave and wait for Jess outside. Turns out that was the same lady who let the guy in before us without any issues. Later Eric went into the building to use the restroom and was also told after he went that he shouldn’t be in there. It’s kind of weird because we were directed to use that building and that building is also owned by the same people who own the Mission Ballroom. Anyway, it didn’t matter at least we got to go. About an hour before doors Lexi and Cody showed up. I had to get them reprint for their tickets as they had left theirs back in Pueblo. Luckily the box office was understanding and helpful.

Before they opened the doors, they had us form 2 lines, so we were now in the front of one of the lines to get in. While we were standing in line, they had security come out and pass out free water bottles to almost everyone in line at that point which was really cool considering how hot it was. Once they opened the doors I went through security without any problem and then had my ticket scanned. Once it was scanned, I bolted and headed in to find a spot on the rail. I was the first person in and was able to pick the spot that I wanted which was just of center stage to the right. Lexi was next to make it in then Cody and the guy with the daughter and Eric but there was no sign of Jess. Finally, she comes walking up and said there was an issue with her ticket. It didn’t scan. She said that mine didn’t scan either, but I was gone so quick the lady just let me go. They had to have a manager come up and help. They still weren’t able to get her ticket to scan but they let her through anyway. They just tore her ticket so it couldn’t be used again. Once we all had our spots Lexi and Cody left to get merch and some drinks while we held their spots. While we were standing there waiting for Powerman 5000 to come out we made friends with the security guy who was standing in front of us. Got to know him well and found out we will see him again next week when we go back to see Three Days Grace.

I think it was at 8 when Powerman 5000 came out on stage. He and the entire band came out with a lot of energy and trying to get the crowd pumped up. The singer engaged a lot with the crowd throughout their set. The crowd seemed to really enjoy their set and a lot of people seemed to know quite a few of his songs. I was only familiar with their last song When Worlds Collide. Though I didn’t know a lot of their songs I enjoyed their set and would certainly see them again. I managed to get one of the guitarists to throw a pick at me. I didn’t catch it, it ended up on the floor in front of me. The security guy we had made friends with ended up handing me his flashlight to look for it. Jess was the one who ended up finding it.

During the intermission Jess and I went to the bathroom and to grab another drink. By the time we were done and working our way back the place really packed in. I even had to make some guy move off the rail to get Jess back to her spot. Despite all that we were still able to make it back to our spots on the rail.

When Mudvayne came on the place went crazy and there was an immediate surge of people that pushed forward. I was doing my best to try and keep people from pushing Jess to hard into the rail as well as myself. Cody was also doing the same for him and Lexi. The crowd did this the entire time. There were also a lot of crowd surfers, so it was hard to manage the crowd around us and the people coming over us. It was a crowd that made me think of how crowds are at festivals when you are on the rail or even close to it. There were a couple of moments I think we all wondered if we could hang in our spots with the way the crowd was being so intense. Then when the singer would step out in or over the crowd which was right next to us the crowd got even more intense. Funny story about the singer coming into the crowd. At one point he leans right over Cody and teabags him. Lexi managed to get pictures of this happening. besides getting tea bagged Cody also had his glasses broken. Though the crowd was nuts and there were moments I didn’t know if I could take it up there, I had a blast! Immediately after the show I was sore everywhere from my feet, back, and arms. I was even more sore the following morning, however it was all worth it. Not only did they put on a great set, but I also managed to get a few picks from the band. I even almost got a set list. One of the picks I managed to get was handed to me by the security guard I had made friends with. The other pick I caught directly from the guitarist. The only disappointing part of the night was they didn’t play songs like Scream with Me or Do What You Do otherwise it was a great show, and I would absolutely go see them again which I will when we go to Blue Ridge next month!

Be sure to check out my Dan’s 420 Chronicles YouTube channel! 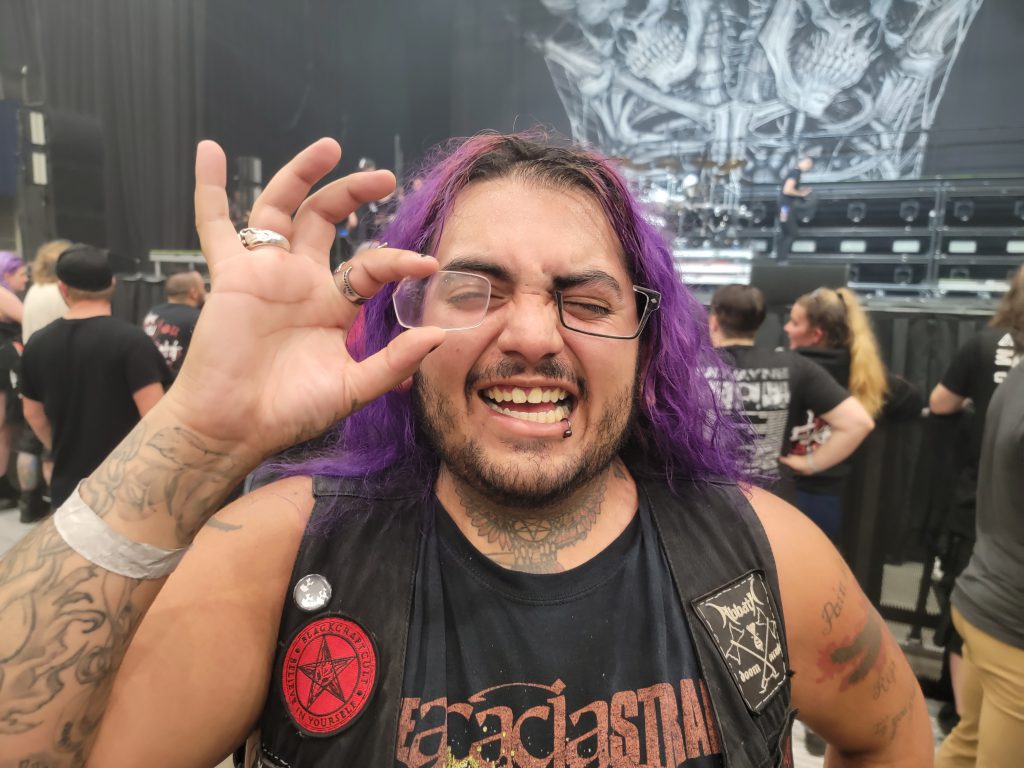 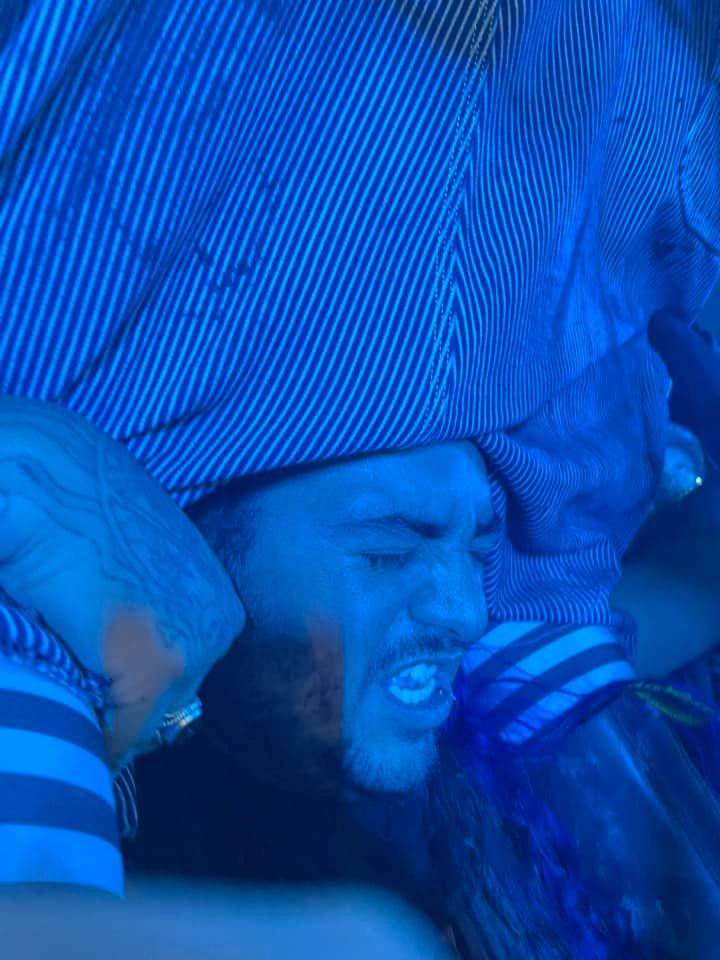 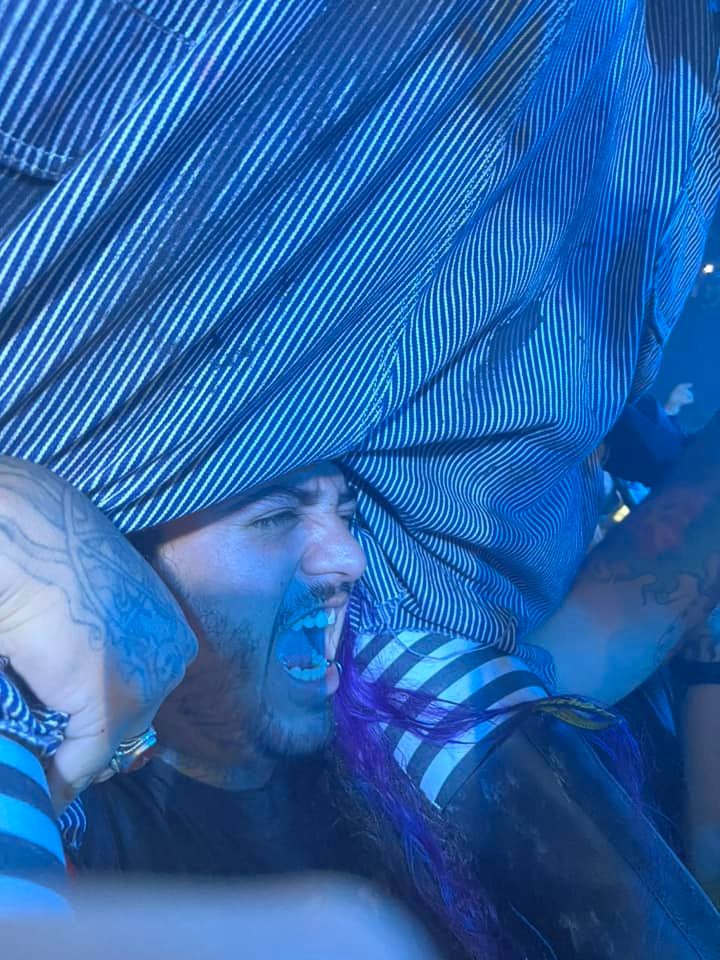 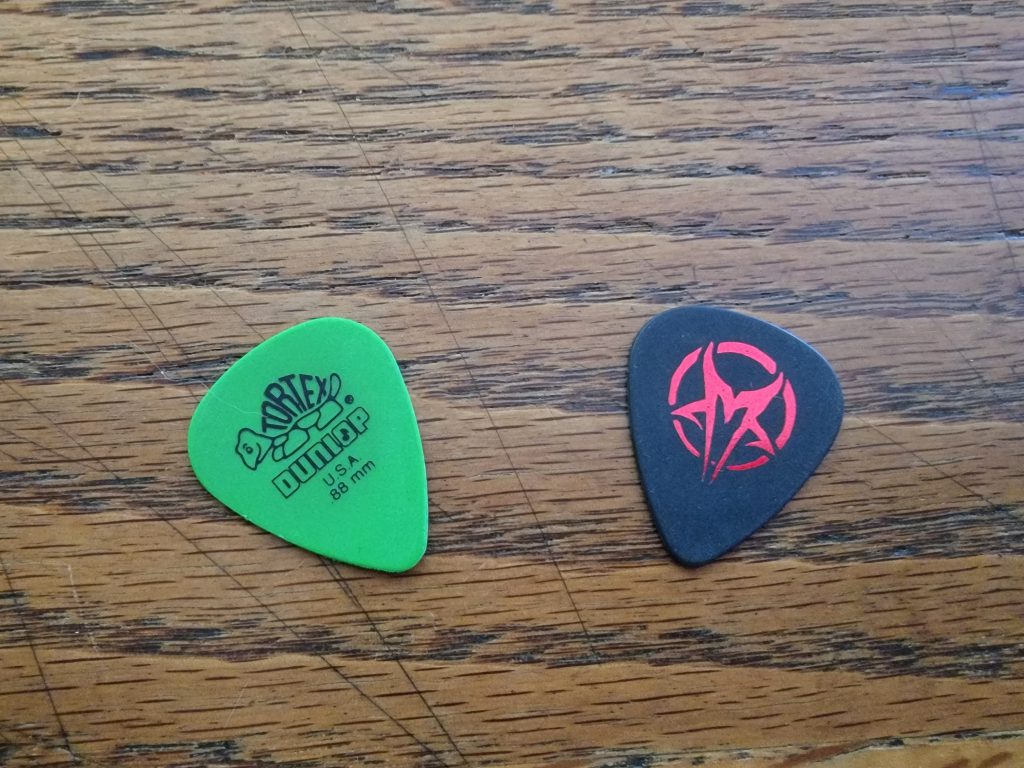 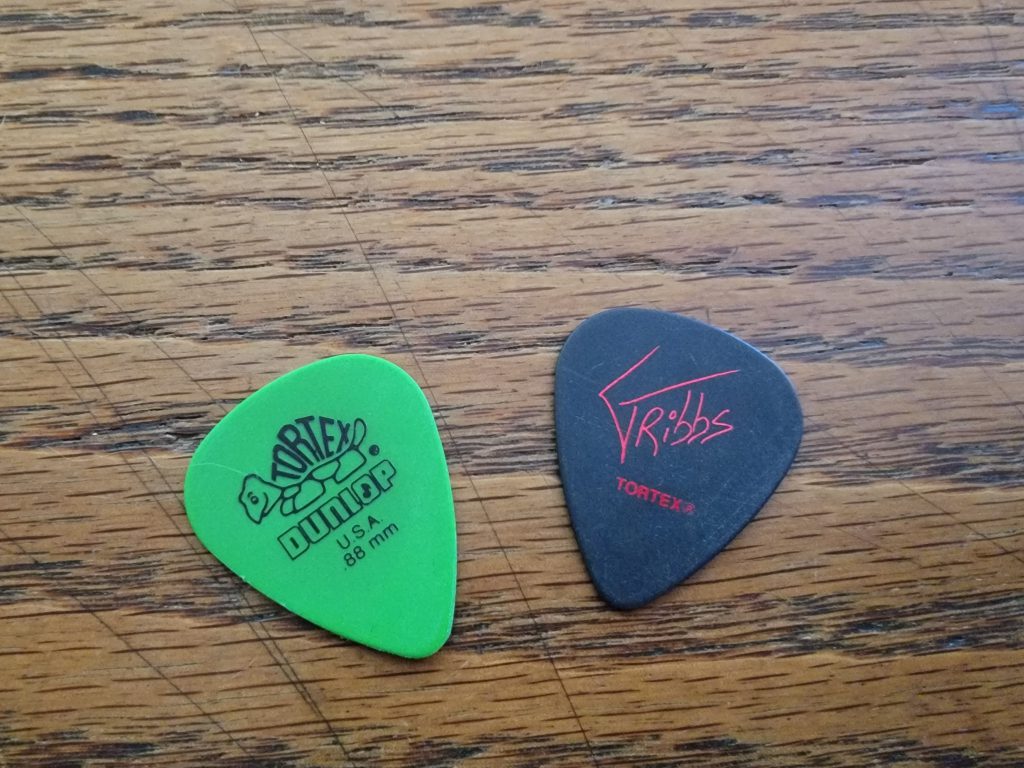