Metallica is one of my top 3 bands of all time! I’ve seen them countless times, but this weekend 12/2/18 I had the pleasure of flying to Spokane Washington to see them again at the Spokane Arena. There were a couple of things about this concert that I had never experienced before, a merchandise presale the night before and a comedian as the opening act. The person I went to the show with got a Facebook notification the night before the show that a special merchandise presale was happening with shirts made specifically for the show in Spokane. Luckily we went to the presale because the night of, the lines for merchandise was insane! The line continued to stay long until Metallica began. I’ve never been to a show before where the opening act wasn’t a musical act, so I was intrigued by the idea of a comedian. Unfortunately, I found myself not paying much attention to his set, until he pointed out a 77 year old woman in the crowd who was seeing Metallica for the first time. I hope I’m stilling going to Metallica concerts when I’m that age, provided they’re still touring! Overall, I prefer a musical act as the opener, even if I don’t know a single song by them.

Metallica’s set was hit after hit! Starting with a few songs from their new Album Hardwired… to Self-Destruct, then going all the way back to their Kill Em All album with Seek and Destroy! They continued to play older material from all of their albums including one of my favorite songs Leper Messiah from Master of Puppets. They of course played their top hits like Master of Puppets, and ending with Enter Sandman.  Throughout the set, the band was super interactive with the crowd! Even Lars Ulrich, the drummer, got up from his drum set between songs to keep the fan pumped! The stage was placed in the center of the arena, so there wasn’t a bad seat in the house! It was also cool to see the floor crowd gathered around all four sides of the stage. We were seated in the 200 level, but we could see everything perfectly. At the end of the show, as the band was saying their thank you’s to the fans, they threw out handfuls of picks in the crowd for the fans! Not to mention all the drum sticks and wrist bands right off James Hatfield’s arms. When I saw how much stuff they were throwing out into the crowd, I walked down from the 200 level and asked one of the security guards if I could sneak by to try to find a pick. I was happily surprised when she allowed me to go down to the floor. Most of the stuff had been picked up by the time I got onto the floor and the band had stopped throwing picks, but a man saw me looking and offered me a pick he had grabbed!

All in all, it was a great show and a great time! Metallica never disappoints and if you ever have the chance to see them, regardless of whether you’ve seen them before or not, I highly suggest you take the opportunity! I wasn’t able to get every song from the show, but I did manage to get quite a few, which you can check out on my YouTube channel. Below you’ll find some of the pictures I got from that night, including my #420pic. 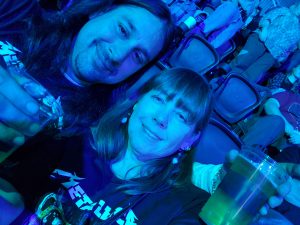 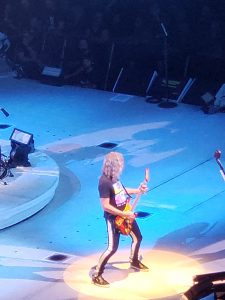 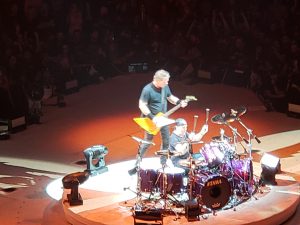 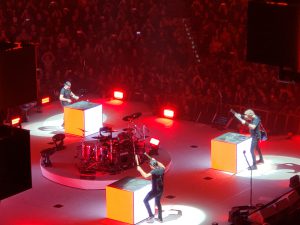 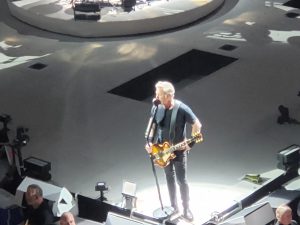 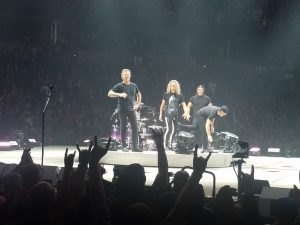 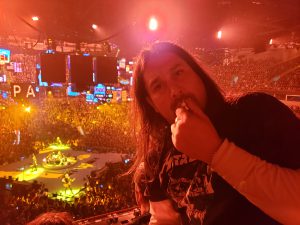 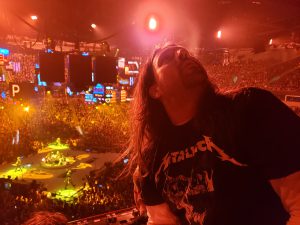 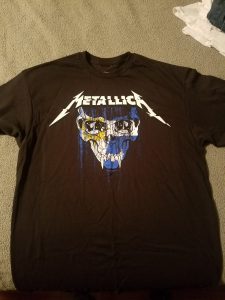 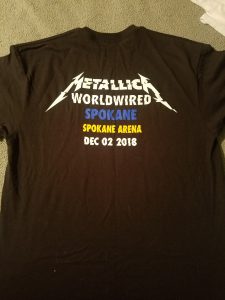 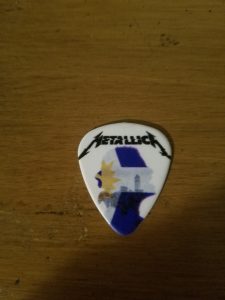 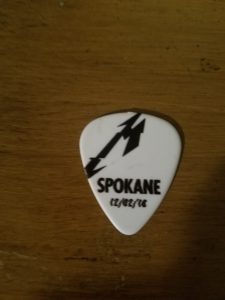 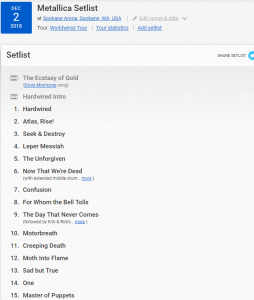 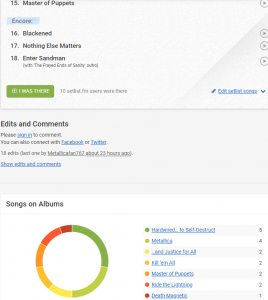